"It's 1848, and Edgar Allan Poe is just coming off the spectacular success of 'The Raven.' Unfortunately, it's only earned him a grand total of nine dollars. So when a wealthy dowager commissions him to write her a poem for the vast sum of one hundred dollars, he leaps at the chance. Only problem: the man who shows up to write the poem isn't Poe, he's Poe's mailman, and he's on a quest to woo the dowager's spinster niece. Playing Poe is harder than it looks, though, especially when your mustache keeps falling off, the teenage grand-daughter of the house is lusting after you, and Poe's arch-nemesis, Rufus Griswold, just happens to be dropping by to settle old scores. A freewheeling, door-slamming farce with a touch of the macabre (Google Books)." 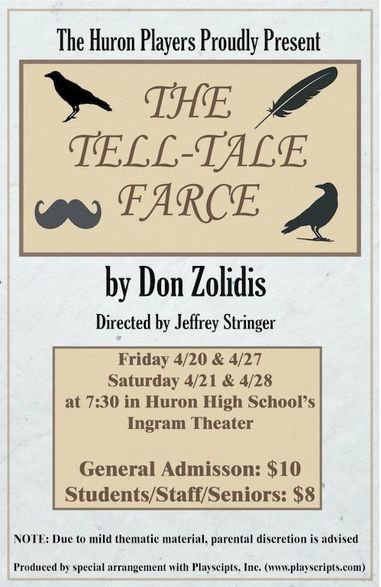